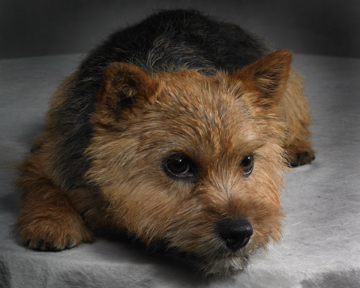 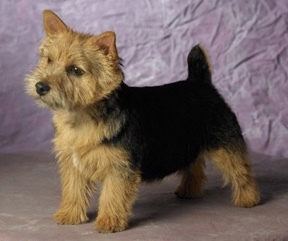 Victor Sattler, and his wife Corinne Folger, got their first Norfolk Terrier after having lived in Dover, England in the early 90s. One Norfolk became two, and looking for a third dog they stumbled on their first Norwich Terrier. For a number of years they bred both breeds but for the last 15 years they have only been breeding Norwich Terriers, always under the “Wildgoose” prefix.

Victor and Corinne are members of the Canadian Kennel Club, Rideau Terrier Club and Norwich Terrier Club of America. They are past executive members of the Norfolk Terrier Club of Canada, and past members of the American Norfolk Terrier Association. “Wildgoose” has bred over 25 Canadian and American Champions, largely owner handled. Conformation show highlights include: multiple Best Bred By in Show, multiple Terrier Group firsts and Best Terrier Puppy and Baby Puppy in Group. Among the “Wildgoose” significant wins included are: Best of Opposite Sex at Westminster Kennel Club, AKC/Eukanuba National Championship, Hatboro, Morris and Essex and other Canadian and US Terrier Specialty show breed wins. “Wildgoose” has had a number of CKC Top 5 Norwich Terriers over the years. Most recently, their bitch, American Grand Champion Bronze and Canadian Grand Champion Wildgoose Runway was the top female in the breed in Canada in 2016.

Victor and Corinne regard pure bred dog breeds and their written standards as cultural legacies. While many dog breeds are no longer used for their original purpose, as breeders they believe that their task is to retain the phenotype that resembles the original type: sound, fit for function and never exaggerated – a blueprint from which breeders should aim to breed toward. To that end, Victor has authored a comprehensive comparative study and an illustrated breed standard for Norfolk and Norwich Terriers. Victor will tell you that the undertaking, “has forced us to look at the dogs in a comprehensive, educational way at a depth we were less aware of at the outset of this work. To truly understand some things we have had to learn about other breeds to better understand why things are the way they are.”  Victor and Corinne have also led several breed seminars on Norfolk and Norwich Terriers for Canadian Kennel Club judges over the years.

After 34 years in the Canadian Armed Forces, as a senior officer in an institution that continually trains its personnel, Victor believes that life is fuller when we continually learn new things.  “As a student of dogs, that too holds true.” Victor says that, “If the aim of breeding dogs is to improve the stock then one of the responsibilities of breeders is to exhibit their stock in a forum where they can see and be seen. Only by showing others what we have can we objectively assess our own stock and compare it to other lines. Dog shows provide such a forum. Dog shows are where breeders and other enthusiasts come together and exchange ideas, educate one another and gain practical knowledge and information on their breeds. It’s not just about showing to win.”

Corinne takes the lead on the breeding front. Her passion is pedigrees and her own data base is very large.  “I am a strong advocate of breeding similiar "type" dogs and at the same time, aiming at a very low inbreeding co-efficient. Our strong bitch line has been able to let us do that”. Corinne and Victor are always looking for that special dog that will contribute to their lines in a meaningful way. Paramount to their mating selections is health testing evaluations. “The science behind breeding makes your choices more successful. However, not every breeding turns out the way you expect because Mother Nature gets a vote. But when you get a "nick" … that is sweet! Each breeding makes you a little wiser on breed lines.”

As for the future, Victor and Corinne intend to continue in the fancy in Canada and the US for the foreseeable future. Their passion is their dogs and their continued study to breed the best dogs they can.

Perhaps the greatest transparency a breeder can offer

is for you to be able to see the offspring

in their companion homes.

Our links below to our dogs in their forever home offers exactly that.