When to Spay / Neuter

In many parts of the world bitches and dogs are not spayed or castrated unless they have reproductive tract issues. In North America this practice of spay / neuter only became popular after WW2 when the increasing affluence of families permitted some animals to be treated as household pets and anesthetics became available to complete the surgery in dogs over 6 months of age. Surgical techniques, new anesthetics and anesthetic monitoring equipment have further advanced making spay / neuter possible in very young animals.

For years there were many advocates for early spay / neuter based on claims of health, behaviour and reproductive control. In fact these recommendations were not based in science: no one has performed a large-scale study in which bitches and dogs underwent spay/neuter at various ages and were tracked throughout life to determine what abnormalities developed relative to age at spay/neuter. New studies now demonstrate that exact opposite results for health and behaviour!

The reality is science advances its self at a remarkable rate. There is now sufficient evidence to suggest that neuter/spay before six months of age has more disadvantages than advantages. Science now shows that early-age neutering is also associated with several medical problems including long-term negative effects that may impact the dog's health and behavior as it reaches middle age. There is more an more evidence suggesting that early spay of females increases the likelihood of incontinence problems thereafter.

The argument of you doing your part to avoid pet overpopulation is probably the weakest argument. Your dog very likely doesn’t roam freely. The majority of the dogs at the pound were intentionally mated.

We recommend that you read Dr. Chris Zink’s article on spay/neuter for a first hand look at her findings. The study has been updated in 2013. While the article is titled for canine athletes, these findings benefit every dog.

an one more ... 2013 Study - Neutering Dogs: Effects on Joint Disorders and Cancers in Golden Retrievers

So, when should you spay/neuter your puppy?

To be fair, each situation should be assessed individually. Read the articles linked above to make an informed decision. Our point is science advances. The reasons we did things in the past may no longer be valid with new information.

Do NOT neuter your male dog. Dogs neutered before puberty (generally age 6 months) tend to grow a bit bigger than dogs neutered after puberty (testosterone is involved in the causing bones to stop growing so without testosterone the bones stop growing later). Norwich Terriers are not aggressive breeds so there is no reason to early neutering ... and the studies show neutering does not effect behaviour except perhaps make the dog more lazy.

If you don’t believe the science, then do a vasectomy. The dog gets the benefit of the testosterone but cannot reproduce. 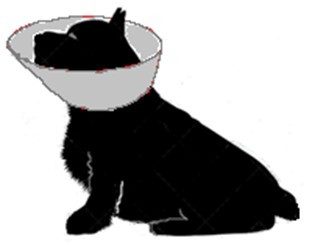 Females dogs are more likely to have chronic problems if spayed at a very young age. At a minimum wait two heat cycles. Ideally wait until the female is 5 years old.